The first book in the series of upcoming books deals with the mental and emotional strengthening needed to achieve Enlightenment. I consider it our book because we all share the same Universal Self in our different bodies. The book is for everyone. My pre and post-enlightenment progress will be discussed as lessons in future books. We are in the evolutionary process of collectively growing so as to slowly adapt to the higher energy of our cosmos.

The massive energy that I opened up to made me a fish out of water for years. It took me years to understand what happened. Fortunately, I was an athlete and I used running and hatha yoga to adapt to the high energy.

A slowly evolving humanity will be able to accommodate the energy that comes with us birthing our Universal Self into conscious and physical awareness. The apostles intended to plant and follow up with the needed seeds from Jesus that would slowly grow us into an enlightened society.

These enlightened people were misunderstood, slandered, and murdered. Saints, witches, shamans, and others pleaded and screamed for us to realize (Self-Realization) our Universal Holy Spirit Consciousness. Jesus told us to spiritualize everything that we do. When we spiritualize everything that we do we realize (Self-Realization) the virtue of Charity. The virtue of Realized Charity always considers the whole of humanity. Jesus/Buddha/Krishna Consciousness is Charity personified. The realized virtue of Charity carries Enlightenment with it.

Though shall not kill.

THOUGH SHALL NOT KILL

Jesus transmitted Universal Consciousness to His apostles in the hope that they would transmit it to the world. The greatest tragedy in the history of the world occurred when the apostles were murdered.

I became nonattached from the world that most of us know when I went out to become a stand-up comedian. My nonattached lifestyle readied me for seeing and knowing the clarity of our Universal Mind. We all share our Universal Mind or Self. Because of my circumstances, I did everything right by accident and ended up with golden firelight coming off of my body as I realized (Self-Realization) myself and everyone else at the same time. The heads of the enlightened masters that I saw within the cloud that appeared before me signified that we are universally the same inside ourselves. We universally have the same Self inside us/we/I. This is the same as the tongues of fire (Holy Spirit) that appeared at Pentecost. At the moment of my waking up from the conditioned constraints that bind us I also heard an external locution (WORDS ARE TRAPS) uttered by my Indian Psychology of Consciousness professor Dr. Som Gay. WORDS ARE TRAPS is a koan from Zen. A person transcends or sees through language and other illusions at this level of 700. A person graced into upper Self-Realization (700 on the Hawkins Map of Consciousness) lives in the observable reality of Universal Consciousness. At this degree of awareness, a person sees and knows the ratio between ego and Spirit in everyone and has the insights to heal or progress them. We are made to evolve to 700 and above. Hawkins has Jesus, Buddha, and Krishna at 1000. The rare degree of 540 which David Hawkins considers Unconditional Love (forgive us our trespasses said Jesus) is achievable for us. Unconditional Love is not conditioned. Unconditional love is forthright in its communication and is nonmanipulative. Unconditional Love can be reached and so can 700 where we are placed into the peace of knowing that we are all the same inside. This is what is meant by the peace that passes all understanding. We become much more comfortable with ourselves and each other because we realize (Self-Realization) that we are all the same inside. We no longer feel alienated or separate from each other. Once we see and know it we say to ourselves “Oh my God our Universal Consciousness was right in front of my face all along and I did not perceive it”. At the state of our current evolution science is not realizing (Self-Realization) about our shared interpersonal reality that involves the realized virtue of Charity. Much psychological wrestling is going on to get us to collectively realize (Self-Realization) the health needed for us to realize our higher love reality.

Jesus had for a long time readied His inner circle for transmitting the state of Enlightenment to them so they could spread this state to our collective so future generations could live in much higher love than we do now. Jesus had His people become nonattached to study themselves. To achieve the state of higher love that makes us truly realize each other, we need to narrow the collective ratio between our material and spiritual desires. Intellectual understanding does not grant higher love. I recommend that all teachers let go and go off to find their True Selves for four years in order to truly realize the virtue of Charity. It is not just meditation that makes us realize ourselves. In my upcoming book, I will show readers my path to us. It is obvious that we are evolving into a Self-Realized world culture.

One of three possible names for the upcoming book that is complicated to write but easy to read. Created visuals can also be toxic illusions.

Paul achieved the union of the false parts of his ego with our Holy Spirit through the vibrations of Jesus. The reason Christianity ended up the way it has is that those who directly received union through Jesus were also murdered. World history would have been quite different if these beacons of light could have lived out their lives.

As American screenwriter, Rod Serling would say before some Twilight Zone episodes “Picture if you will…”. Well, picture yourself hovering above the earth observing the goings on. Looking down with a broad tolerant perspective you will notice that we are in the process of being spiritually liberated as one race, i.e., the human race. In their own individual ways Jesus, Krishna, Buddha, et al, and individuals from other professions lead us to what is called union or divine union. This union makes us ONE inside. There is a fundamental or ground floor union that can take place inside us. We are no longer divided within ourselves. You become ONE inside when your individual ego merges with our Holy Spirit. You are not perfect at the fundamental level but ground floor union occurs. We undergo different types of mystical experiences. You and those close to you will know when union happens within you because you will be radically (back to the roots) transformed in Spirit. So, picture if you will the influence of more of us undergoing transformation upon the earth and how we will be…read my book.

I will not intentionally hurt others becomes our motto.

My book is being edited. 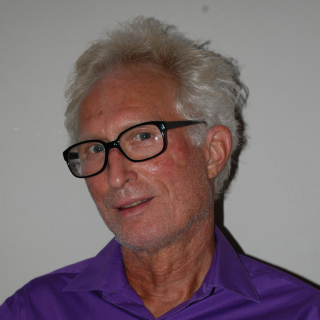 I was born in Wisconsin to a Roman Catholic family. My mother June was a talented writer and started her own service club. My father Joe was a Right-of-Way agent for Bell telephone. Joe was an avid golfer and overall sports enthusiast. Joe would play sports with me and I became a life-long athlete. I was known as a rebel and was expelled from the Catholic school I attended at the age of fourteen. I was arrested at nineteen for being a thief and was placed on probation. Around this time, not being happy, I turned inward. I worked at different jobs that did not satisfy my budding inner life. I traveled down south several times reading books trying to find myself. In 1980, at the age of twenty-seven, I enrolled at a local college. I was now in an interesting environment. I was curious about almost everything and I eventually majored in speech and psychology or speaking and thinking. Many people told me that I was funny. I was able to make them laugh about unusual subjects. In the summers of 1981 and 1982, while still a college student, I traveled to Minneapolis and pursued the art of stand-up comedy. During these summers I would write comedy, run twenty-five miles a week and perform comedy at night. I was also a juggler but did not juggle in my stand-up act. I took up Hatha yoga and studied nutrition. In Minneapolis, I interacted with the local up-and-coming comedians. Minneapolis at that time had a small close-knit comedy culture that produced a good number of comedians and some became quite famous. I was making audiences laugh shortly after I started. During this time I was also performing comedy in other cities. I planned on being a professional comedian. Catholicism conditioned me to have a clear inner voice. I had to make people laugh and the only way I could see to do it was to be brutally honest with myself. I thought honesty would align me with common reality. The Sisters of St. Agnes, who taught me, always told me to tell the truth. So I was continually examining myself and weeding out delusional thinking. This became my way of life. One day in 1983, I was alone at my parents house and all of a sudden I had a massive spontaneous kundalini awakening. The awakening of this spiritual energy made me realize my self. I achieved the ability, among others, to see through other peoples egos or read their hearts. I was forever changed. In 1983 there was no internet or otherwise easily accessible information for me to be able to find out what had happened to me. Because of the massive explosion of energy my nervous and digestive system had to rebuild. Due to what happened to me, I changed my plans and soon moved in with my best friend and her son. We lived together for many years. I hid out in college going on and off for thirteen years. I read one book after another to understand what happened to me. I eventually received an M.A. in Speech/Rhetoric and also amassed many extra college credits. Currently I am an investor and forever a student. I am repentant of the trouble I got into years ago and the embarrassment it brought to my parents. People that knew me when I was a kid remark that I sure changed my ways. I went through what I call psycho/spiritual/physical alchemy or I transformed myself by healing the past and living in the ongoing present.